Currently based in Bern (CH)

Having been involved with making and playing music for over 20 years, Deetron is an artist who is assured in his ambitions and a highly skilled performer. Deetron has maintained a high level of quality in every aspect of his career: from mind-boggling three-deckDJ- sets to his special touch on remixes or simply for his own diverse range of productions.

For Deetron music is everything, and it goes beyond the individuals who make and play it. It’s in his DNA and it’s this unrelenting passion that takes him effortlessly from studio to stage in the same pulse.

The 42-year-old’s story is not an uncommon one; growing up in Bern, Switzerland the young Deetron fell in love with hip-hop and yearned to become a turntablist. Inspired by a childhood friend and local hero DJ Djaimin as well as an eye-opening set by Jeff Mills in the early nineties, he absorbed the traditions of DJing: those basic, yet crucially important elements; a broad yet accessible selection, true skills built up from hours and hours of practice and dedication.

Skip forward a couple of decades and that same young man is now idolized by a new generation of DJs and producers all over the world and those early influences have been retained and implemented to great effect throughout his career. A master of not two, but three decks, his mixing ability is second to none with vinyl still an intrinsic part of his creative process, pledging wholehearted allegiance to his roots. The art of his crate- digging & mixing has been eternalized through ‘Fuse presents Deetron’ (2008), Balance mixed by Deetron (2011), and fabric:Deetron (2014), and DJ-Kicks (2018).

Likewise, his productions retain a familiar ‘Deetron sound’ at their core, yet he can happily skip from sultry vocals and dainty chords to tougher compositions. There’s no contrived approach to his music, just a natural progression that stems from his broad musical palette and an innate desire to avoid becomingstagnant. Mostinterestingwasthe transitional phase Deetron found himself in, with the vocal element of his music coming to the fore and injecting a new wave of excitement into his production process. Which, in turn was the fuel behind his second album ‘Music Over Matter’ (Music Man Records, 2013) – a collection of dancefloor-ready tracks that featured a host of special guests across the house and techno worlds.

2014 saw the launch of Deetron’s own imprint, Character. Within the first few releases of his label hitting the stores: ‘Mars EP’ (Deetron & Ripperton as Roots Panorama) and ‘Theory Of Light EP’, including the massive underground hit, ‘Photon’, Character swiftly establishes itself as an outlet for music beyond the confines of any particular genre.

In 2016, the long-time friendship with DJ Bone results in their project ‘The Storytellers’. Their well-received EP on Subject Detroit is followed by selected B2B sessions at Concrete-Paris, Brunch Electronik- Lisbon, Shelter-Amsterdam and Moondance Festival-Croatia that showcase the dynamic energy from a meeting of kindred hearts and minds.

In 2017, Deetron surprises with a massive remix of ‘Automaton’ by British funk and acid jazz icon Jamiroquai on EMI. The remix crowns the DMC buzz chart and Music Week coolcuts, and Deetron heads to tour with Jamiroquai. During the same time, he releases ‘Re-Creation (Remixes Compiled)’ – a mammoth collection of remixes pruned from his 200-plus strong catalogue that showcases the breadth and depth of his remix talent.

In 2018 Deetron added to the lauded DJ-Kicks mix series featuring exclusive collaborations with Jamie Lidell and Steve Spacek, A new Storyteller 2×12“ with DJ Bone followed in autumn as well as his return to Music Man with the ‘Heartwalking EP’.

In 2019 Deetron steps up with ‘Body Electric EP’ on Gerd Janson’s Running Back, which gets a follow up in 2020 with ‘Ego Rave EP’. ‘Sweet Science’ features on Fred P’s Perpetual Records, and a split EP on Len Faki’s Figure Jams.

In 2021 a lifelong dream turned into reality when his concept album ‘Rotational Gravity’ gets released on Jeff Mills’ AXIS while with ‘Dr Melonball / V-NRG’ Deetron ushers in a new era for the iconic Nu-Groove.

Throughout all these years, the Swiss remains to be a high in demand remixer resulting in an impressive list incl Jamiroquai, Honey Dijon, José Padilla, George Fitzgerald, Tiga, DJ Bone, The Juan Maclean, Riva Starr, Todd Terje, Dukwa, The Imbiciles, and many many more. 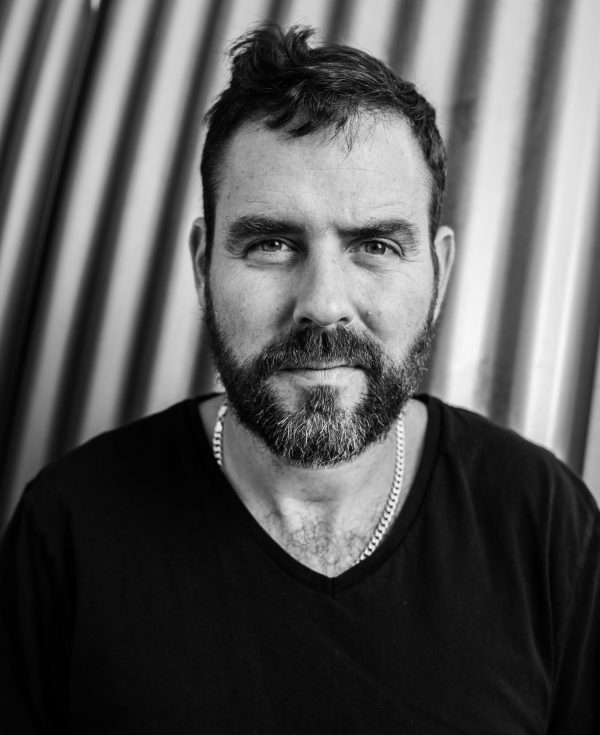